Bully is an incident which is present in almost everyone’s life. About bullying, someone has very harsh memory and other has exciting depending upon their experience. But here is a game which is based on daily life bully and its popularity is the proof of its success.

The creator of Bully game is celebrating its 10 year anniversary, so their “new edition is promising and full of features which will surely entertain the player” according to one editor of the game. Actually, the story revolves around the character of a teenager who is called Jimmy Hopkins. His adventures will remind your childhood days and the game also has a social impact. Most parents fail to understand the sentimental one thinking of a teenage, hence this game governs the thought originates in the mind of a teenager.

Transformation is necessary for achievement 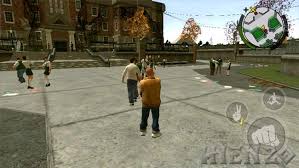 The new form of Bully game is already appreciated by the followers and the players. The new features of this game were unfolded as bully anniversary edition in the market. It is offered for the Ios as well as Android. The previous edition was not compatible for Android but to make this happen they have almost changed the feature and unfit of the game which is really exciting to see the old game in a new way. Now a person will be able to play the bully game over the mobile everywhere and anytime as per there convenient. Bully: scholarship Edition offers both the original games as well as new bully anniversary edition game. If we talk about the new released game then the feature of the game has been improved, the graphics, texture, different lightning decor along with character has been changed to bring a new spark in playing.

Be a part of a competition from anywhere

As the developer of this game has worked hard to enhance the feature. Many renowned game developing companies have invested their intelligence so that they can make this game compatible to Android and iOS device. There are many new features, for example, now you can challenge your friend from anywhere as the new game feature has introduced. The new game feature is called as the new friend challenge competitive mode; you can switch to this mode and play a thrilling game with your friend. You can play this game as a turn-based otherwise head to head option s also here. Apart from this, there is arcade style which includes Consumo, one can play this game with your different type of classroom competition.

As we know that Bully game is recalling real social phenomenon, bullying is very common in teenage. So it is really exciting to play such a game and the character over here is having the mentality of teenage for example teenage like to gain autonomy but sometimes parents do not understand the sentiments of teenage. But through this game, one can relate those days of a bully. Apart from this the feature has been changed and comes up with a great facility for the player whereas game and character also were modified. So the game is full of excitement and thrill.